A perspective on diversity

At the swimming pool the other day I spent a few (rather chilly) minutes watching my daughters from a distance.  Now they're older, and more confident in the water, I am able to do this and enjoy the new feelings invoked by seeing them play together or independently. It struck me that, when your children are little, you only tend to see them close up. You look down at the top of their heads when they're holding your hand - or when they're really tiny, you peer down from above when they are cradled in your arms.  But the benefit of perspective allows you to see much more. I was looking at what makes the girls the same, and what features they have that are different. I was seeing them as whole people, rather than looking through a distorted lens that only allows you to see disembodied bits at close range.

Sometimes it helps to look at things really closely, and other times to zoom out and look at the bigger picture. I love the images of sand close-up, like this one - that show all the beautiful complexity and individuality of the grains, which are invisible to the naked eye. 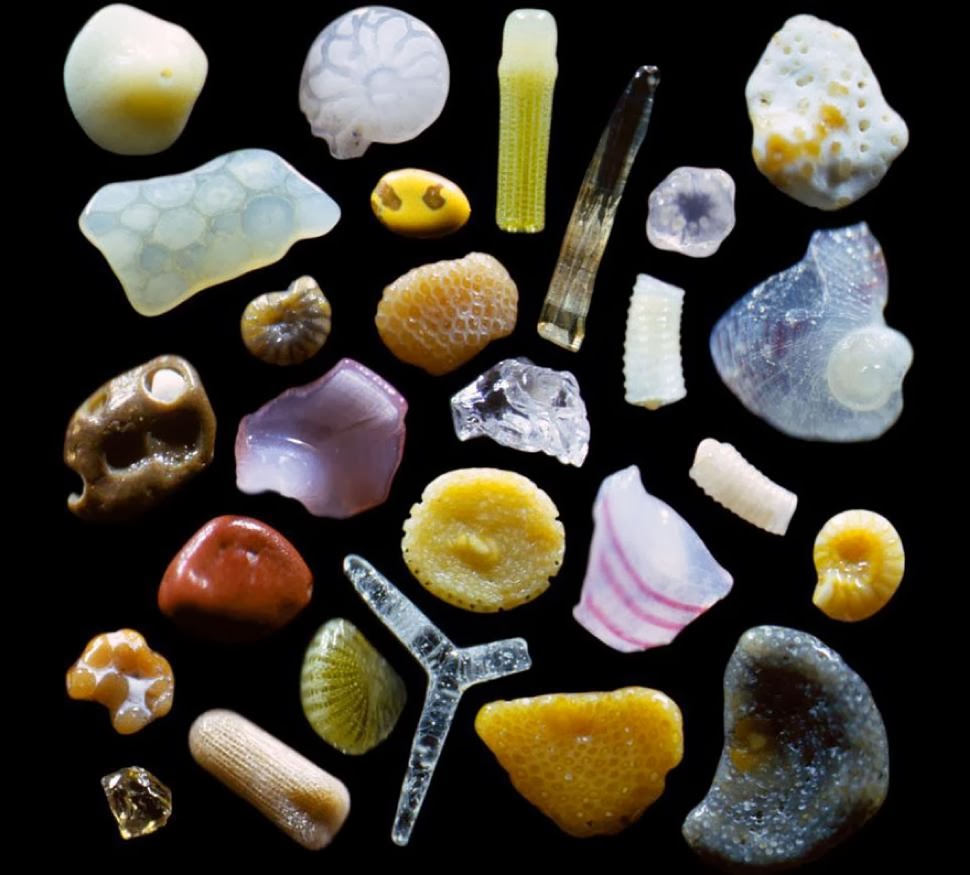 When I think about diversity, then, I try to zoom in and recognise all the aspects that make us different and unique.  As a child, there didn't appear to be much diversity around me - I attended a mainly white school, lived in the middle of a large predominantly white housing estate and rarely experienced other cultures. Into my adult life this gave me a sense that I didn't really know what diversity meant, but of course I was mainly thinking of colour - the issue for me was literally black and white.  But of course I was in the midst of difference all the time - of class, background, religion, politics, physical ability, regionality, appearance - I just wasn't 'zooming in'. I felt ignorant of difference but didn't ask the questions I needed, to understand it better. (I'm still working hard to get better at this).

The recent Diversity Day at Northern College (part of an embedding diversity project funded by NIACE Equality and Diversity Innovation Fund delivered by @TeachNorthern) allowed me to spend time reflecting on this.  I considered my own differences and the things that make me unique in a positive sense, but that may also generate limiting assumptions (in myself and others) and hold back the development of self-esteem. As someone who was born with a genetic abnormality that meant years of operations and teasing at school, I understand very clearly what this means and how it feels to be singled out. We all do, in our different ways - and connecting with these feelings builds empathy and understanding that makes us more mindful and self-aware as teachers.

On this amazing and rich day I was also reminded of the importance, not only of zooming in to appreciate difference, but of zooming out to understand our similarities.  The wonderful Rachel Allwood (@Allwood_RF) suggested that, in the end, of course we are all the same because 'we all die'. In his book, Human Universals, Donald Brown talks about 'those features of culture, society, language, behaviour and psyche for which there are no known exception.' This list of over 60 features includes belief, classification, conflict, dreams, gift giving, jokes and music - they are common to every human being. When we look at what makes us different, then, it is valuable to remember and celebrate what we share too.  Sand and snow only gain their beauty and meaning when individual, unique elements join together.  My daughters are different in so many ways, but they share my smile and their dad's sense of humour. And of course, they both really love swimming.

This week’s #rhizo14 theme is ‘uncertainty’, and I’ve been reading some great blogs by @danceswithcloud, @bali_maha and others that have really inspired me to think more deeply about this.  It is wonderful to see synergy and parallels in our thinking – creativity in education, and how children inspire and teach us are becoming common themes.

People seem to talk a lot about uncertainty these days.  A trend for ‘un’ things – ‘unconferences’, ‘unhangouts’ – seems to indicate that we are embracing disruption and unpredictability a little more in our teaching, although there will always be, inevitably, some kind of structure to these things (freedom needs boundaries, as @lounorthern would say).

My youngest daughter Holly is certain about everything.  Last week she went to a birthday party, and spent the preceeding two weeks talking about nothing else.  She woke up on the morning of the big day and declared that ‘This is going to be the most fantastic party ever!’  (I had a massive sense of anti-climax – surely she was bound to lose pass the parcel, or the sandwiches would taste horrible?)  When I picked her up afterwards I asked if it was as great as she’d hoped. ‘Mum, it was the most fantastic party ever!’ she said.  There’s the power of hope for you.

Personally, I have a paradoxical relationship with uncertainty.  The control freak part of me craves routine, predictability and reassurance in life (this was the mother who loved the Gina Ford 4-hour feeding routines and tried them with both her babies, despite the fact neither child ever really got the hang of it. Babies eh!)  But there is another part of me that loves to take risks and hurl myself into the unknown.  Walking away from a fairly secure and well-paid job to try a new challenge is a recent example of this. And actually, a close look at my CV would show that it isn’t the first time I’ve done it, either.

My teaching reflects this paradox, too. I love to plan and be prepared; my worst nightmare (and I have it often) is of walking into a classroom with no idea what I’m going to do that day.  But conversely, two of my favourite teaching practices are actually grounded in uncertainty. Nancy Kline’s ‘Thinking Environment’ approach invites people to think for themselves; a coaching session always opens with ‘What are you thinking, and what are your thoughts?’  There is no greater leap into the unknown than to ask a person that question!  In a similar vein, teaching via philosophical inquiry requires the facilitator to completely let go.  In community philosophy, groups of learners will look at a relevant stimulus (which could be an object, a film, a picture – or even go on a visit) and come up with their own questions.  This can take the lesson in very unexpected directions.  For example, I recently brought in a beautiful picture of two paths diverging in a wood, that I’d found on the internet.  My thinking was that the questions and concepts raised would concern ideas and themes of belonging, choice, identity – possibly even making connections to Robert Frost’s famous poem.  As it turned out, however, the group started to wonder whether the picture was genuine, so the questions were actually more to do with manipulation of images on the internet, and the concept of authenticity. It reminded me that, while you can have a session plan in Community Philosophy, you shouldn’t attempt to fill in the details.  That has to be up to the philosophers.

In teaching, tapping into natural curiosity can be great way to embrace uncertainty. A couple of weeks ago, I was teaching a colleague how to use Yammer, the social networking site that we use at college where we teach.  She had lots of questions about the system, most of which I didn’t know the answer to.  My response was to say ‘I’m not sure, but why don’t you try this/click here/see what this does’.  As teachers, we don’t have to always be the experts.  And by exploring the system and trying things out for herself, my colleague was more likely to remember it anyway.  All I was actually doing was giving her attention and reassurance – sitting by her, through her uncertainty.  Project-based and expeditionary learning requires teaching that accompanies and encourages curiosity, rather than directing it, too.

The counterpoints to uncertainty to me then, are faith and hope.  Firstly, faith in the processes we choose, and the capacity of people to work within them.  Whether it’s faith in a coaching framework, an outline session plan (with room for tweaks), or simply a belief in the power of community-based, rhizomatic learning, our faith will encourage our learners to embrace uncertainty and start their own journeys.  It is also about the ‘leap of faith’ that we take when we try something new; always hoping that things will work out ok in the end, or that if they don’t, at least we have given it a go.

A very dear friend once said that what she most appreciated about me was my ‘irrepressible spirit of hope’.  I’ve never forgotten that.  I ‘hope’ I will always have it.

“Hope is the thing with feathers that perches in the soul – and sings the tunes without the words – and never stops at all.”